On the 26th of August, 1909, the German school teacher Richard Schirrmann and his pupils were hiking through the woods when they unexpectedly found themselves in the middle of a storm. They looked for shelter, but no one would accommodate them. At last, the school class and its teacher found shelter in a vacant school building. Richard Schirrmann came to a decision: to establish a network of hostels in order to provide shelter for young hikers and travelling groups, come what may.

Upon his return, he managed to persuade other teachers to turn their classrooms into hostels during the holidays. Soon later in the year 1912, the first youth hostel was opened in a castle in Altena, Germany. A movement was born.

Luxembourg joined the movement with a slight delay: it was only in 1933 (86 years ago) that the first hostel was opened with 34 beds each for boys and girls, situated in an uninhabited villa of the Steinfort iron hut in the middle of the village. More  were to follow.

In spring of 1934, the inaugural meeting of the National league for Luxembourg Youth Hostels took place. Shortly after its foundation, the patronage of the Grand Ducal court was granted. A further milestone in the development was the setup of a hostel in an urban building in 1935 - the stadium of the city of Luxembourg. In addition, the city also provided the youth hostel league with an office in one of their buildings.

Hostels have changed the way people travel, enabling young people with limited means to discover the world, explore cultures, broaden their horizons, and make new friends along the way. And while the network of youth hostels has expanded to over 80 countries, the core objectives never changed.

So let’s celebrate 110 years of hostelling and bringing people together! 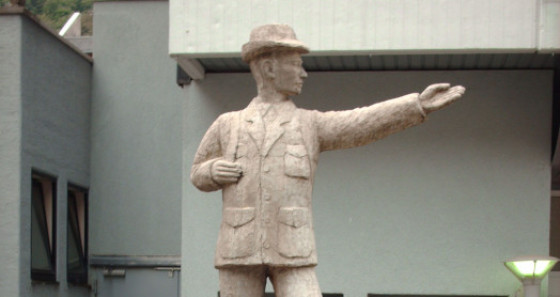 Richard Schirrmann came to a decision: to establish a network of hostels in order to provide shelter for young hikers and travelling groups, come what may.