Changing the world of travel one explorer at a time

If it weren’t for the curiosity, courage and open-mindedness of the following explorers, we wouldn’t be able today to celebrate the ‘World Tourism Day’ every year on the 27th of September since 1980. But who were these people and what exactly did they do that changed the world of travel as we know it today?

Marco Polo is considered today as one of the greatest explorers who changed the world of travel. He originated from a family of wealthy Venetian merchants and is believed to have journeyed across Asia and travelling along the Silk Road. He became famous for his travels thanks to the book The Travels of Marco Polo where he recalls his adventures across Asia.

This Italian explorer and navigator discovered not only the New World but also opened the way for European exploration and colonisation of the Americas.

The British naval captain, navigator and explorer conducted numerous expeditions ranging from the Antarctic ice fields to the coasts of North America and New Zealand.

This accomplished British explorer, writer, scholar and soldier travelled and explored Asia, Africa and the Americas and was known for his extensive knowledge of languages and cultures. Burton was the first European to explore the African Great Lakes as they searched for the source of the Nile River and wrote over 40 books about his adventures across Asia, Africa, the Middle East and the Americas.

A French male author who displayed the world of travels in his books such as ‘Around the World in 80 Days’, ‘Journey to the Centre of the Earth’ and ‘Twenty Thousand Leagues Under the Sea’. His wild adventures where translated into almost every existing language and have sparking the imagination and dreams of children as well as adults.

In 1889, this New York World journalist, inspired by Jules Verne’s Around the World in 80 Days, decided to undertake the famous journey but in a shorter time. Thus, she became the first woman to circumnavigate the earth in just 72 days as well as the first person to test the credibility of the book’s timeline (without using planes).

Wilbur and Orville Wright were not only American aviation pioneers but also inventors. In 1903, they made the first flight on their motor-operated airplane. Today, airplanes and travel are a daily normalcy, a world even unthinkable some hundred years ago.

Amelia Earhart was an American aviation pioneer and writer, who was the first female to fly solo across the Atlantic Ocean and set many records in her life before disappearing mysteriously in 1937 during her attempt to flight around the world.

This Canadian girl become known as ‘The World’s Most Travelled Girl’, Idris Hall’s adventures began when she became Aloha Wanderwell, the face of the Wanderwell Expedition project. She spoke 11 languages was the first woman to drive around the world. She visited a total of 80 countries. 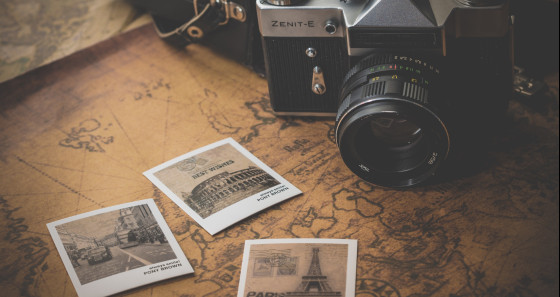