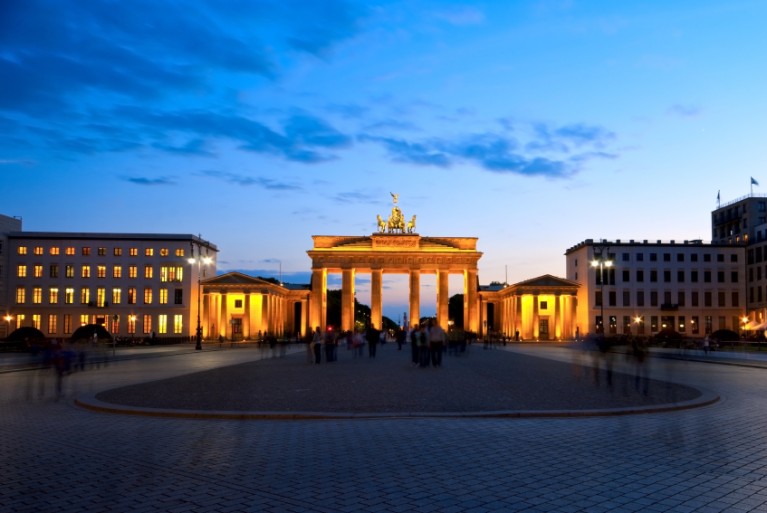 As the capital of Germany, Berlin is home for renowned universities, international festivals, diverse architecture and contemporary arts. It’s hard to believe that prior to 1989 Berlin had been at the heart of the split, which saw East and West Germany operating as completely different countries after World War II. Today there isn’t much left of the Wall in its original state but there are scars of where it lay and slabs signifying its existence.

We recommend you to stay in the Berlin Youth Hostel International located in the center of the city, near Tiergarten Park. It has a TV room, internet connection (wireless terminal), meals and laundry service. Sheets and breakfast are included in the price.

If you want a more relaxed and closer-to-nature option our recommendation is JH-Am Wannsee youth hostel located on the shores of Lake Wannsee. From here you can still reach the centre of the city on the S-Bahn in only 15 minutes. This hostel offers meals, laundry, games room, café, internet (wireless terminal) and TV room. Sheets and breakfast are included in the price.

Getting around in Berlin

The railway station is Hauptbahnhof. The station is connected together by the S-Bahn service. The train system S-Bahn and U-Bahn underground cover most of the city; single journey tickets are valid for two hours. A Berlin dayticket is valid for one day for bus, tram and the two train systems. The 7-Days-Ticket is a weekly pass. Both the services of the S-Bahn and the U-Bahn does not run from Sunday to Thursday between 1.00am and 4.00pm.
The night buses marked with the letter ‘N’ run every 15-30 minutes. The map with the routes Nachtliniennetz is available in the offices of reports for free. Most trains pass through the Bahnhof Zoo (West) and Hackescher Markt (Oriental). Tickets are sold automatically by machines and should be validated in machines before entering platforms.

For a free tour around the city you should take the 100 Bus. This is a circular route and passes through the main attractions of both West and East Berlin.
The main airport is Flughafen Berlin Tegel located 8 km from the center of the city. The airport is the East Berlin Schönefeld Flughafen, which is located 18 km from downtown. It is connected to the center of the city with the S-Bahn line 9. The exact times of both forms of transport are contained in www.bvg.de

Things to see and do in Berlin

Alexanderplatz is a square that had to be reconstructed because of the bombing in the Second World War; it is one of the main venues in East Berlin. There is the TV Tower (Fernsehturm) that can be seen from most points in Berlin. It measures 365 m and there is a snack bar inside. From the top there is an excellent view of the city. Open from 9.00am to 12.00pm.

Very close to the Alexanderplatz is the Museumsinsel (Museum Island in East Berlin), located between the station and the square Friedrichstrasse Marx-Engels Platz. You can visit the Pergamon Museum, which displays pieces of ancient history dating from 180bc. In the Bode Museum on display are objects ranging from the Middle Ages to the eighteenth century. The Nationalgalerie features works by contemporary artists. The Deutsches Historisches Museum has several permanent exhibits relating to the history of Germany from all eras. The four museums are open from Monday to Friday from 9.00am to 5.00pm and Saturdays and Sundays from 10.00am to 5.00pm.

Following the walk along Unter den Linden, which is one of the most important boulevards of old Berlin, you will find surviving buildings of the Prussian kingdom. Also nearby is Plaza Boulevard Gendarmenmarkt where there are the twin cathedrals, one of which has an excellent observation deck.

The Berlin Wall was erected in 1961 to divide East and West. Although it has been long ago since it's been demolished, there are still standing sections and some places where you can buy souvenirs. It is also possible to have your passport marked with an East Germany stamp and the date the wall fell.

Reichstag (Parliament) is north of the Brandenburg Gate and was the headquarters of the German parliament until it was burned in 1933. In 1990 the reunification of Berlin was signed here. The restored building displays an excellent exhibition telling the history of Germany from 1800 to the present. Open from Tuesday to Sunday from 10.00am to 5.00pm. Admission is free.

Tiergarten Park dates from the eighteenth century and is located in the northwest corner of West Berlin. In its center stands the 70m tower Siegessäule (Victory Column) crowned by a statue of Winged Victory, celebrating the defeat of the French against Prussia.

Berlin Zoo has two entrances, one from the train station and the other in Budapesterstrasse 34, the famous elephant door. It has almost 1,500 different species and around 16,000 animals including globally known animals like Knut the Polar Bear and Bao Bao the Giant Panda. Open daily from 9.00am to 5:30pm.

Festivals are a popular occurrence over summer in Berlin. Thousands of people (at times a million) take to the streets to dance to techno music for the Loveparade. It’s very popular so if you want to attend or you are visiting Berlin during this party you must make reservations for accommodation. Berliners also celebrate the Berlinale Film Festival, the Carnival of Cultures, Fete de la Musique, Berlin Marathon and other outdoor festivals.