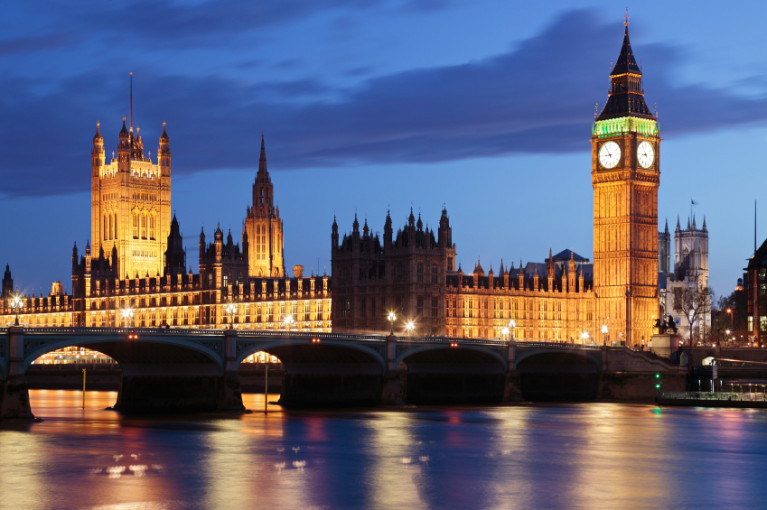 London is one of the most diverse cities on the planet. There are great museums, theaters and galleries, as well as some of the best shopping possibilities in the world.

If you are looking for a convenient location in London, we recommend you to stay at the 4-star St Pancras YHA Hostel, located near St. Pancras train/underground station. The terminal for the Eurostar trains and just a few minutes from the city center. It has private rooms and beds in shared rooms, laundry and TV lounge, internet access and meals. Breakfast is not included in the tariff.

We also recommend the Holland Park YHA Hostel in London’s stylish Kensington district. It is a Jacobean-style mansion built in 1607. Presently the youth hostel has multi-shared rooms, TV room, internet access, guest kitchen and laundry service. Sheets and breakfast are included in the price.

Things to do and see in London

Westminster Abbey is an impressive building of Gothic architecture. This is where royalty is crowned in the UK. Also buried here are several British sovereigns including Elizabeth I. You can enter from Monday to Saturday from 7.30am to 6.00pm, Wednesday until 7:45pm, Sunday between Masses are free – you’ll only have to pay to access the chapels.

Parliament, famous for Big Ben, is the general assembly of the "House of Commons" and the "House of Lords". It is possible to visit both and watch from the gallery above some debate. Due to security measures entrance can be very slow. The "House of Commons" can be visited from Monday to Thursday from 2.30pm and Friday from 9.30am to 3.00pm. "The House of Lords", from Monday to Thursday from 2.30pm to 8.00pm. During August and September the Houses are on holiday. Admission to both is free.

Buckingham Palace is the residence of the Royal Family. Tourists come to see the changing of the guard which takes place every day at 11.30am – for a good place you should arrive at least half an hour earlier. Buckingham Palace is close to St James's Park, Green Park and a little further from Hyde Park; these are great places to rest or take a picnic.

The Tower of London dates from 1078. Throughout time the Tower of London has been a fortress, royal residence and a prison. Currently it protects the Crown Jewels and Royal Armouries (in the White Tower). You can go through every room and discover a turbulent and bloody history. When you walk through the gardens inside you'll see a number of crows which, according to the legend (told by Charles II), if they ever left the Tower, this would be the end of the monarchy. It is not recommended to visit on the weekend because there are too many people. You can enter from Monday to Saturday from 9.30am to 5.00pm, Sundays from 2.00pm to 5.00pm. Walking towards the River Thames from leaving the Tower you will come to view Tower Bridge, which is most iconic landmark of London.

Covent Garden was a vegetable market long ago. Today it is one of the most interesting pedestrian areas of the city. It consists of a bright gallery where you find several pubs and shops. You will find "Covent Garden" always full of people enjoying the mime and juggling acts or listening to different bands playing in the street. From there you can walk to Piccadilly Circus where you will find one of the best record stores in London, Tower Records, and then stroll through Soho.

The Soho district of London is the home of some of the major theaters with the best musicals. It is surrounded by businesses of all sizes and is the meeting point of several Londoners who spend long periods in colorful and bohemian cafes and pubs. This area is also well known for its connections with the sex industry such as shops, nightlife and film industry.

Hampton Court is a beautiful palace located on the outskirts of London. It is the largest castle in the UK, owned by the Tudor dynasty, and once the residence of Henry VIII. It is worth it spending at least an afternoon relaxing in their decorated and landscaped gardens. It can be visited daily from 9.30am to 6.00pm (until 4.30pm in winter). To get there you can take a train from Waterloo Station and you will need to buy the ticket for Zone 6.
London’s West End presents world-famous musicals such as Les Miserables, Cats and The Phantom of the Opera. Most theaters are in the area of Piccadilly Circus. Shows start at around 7.45pm, but twice a week, there are shows that people can attend at 3.00pm.

Eating out and Nightlife in London

London has had major immigration of various nationalities. Each community has set up restaurants in different areas. There is Italian, Egyptian, Indian, Greek, Thai and Chinese. Another option are the English pubs, since they often have low-cost meals and serve traditional fayre. Most pubs are full from 7.00pm. London has a tradition to drink beer after work, this is part of the history of the city. If the weather is good it is common to see people gathered on the sidewalk talking on the door of the place.

Getting around in London

Urban transport is very efficient. The fastest way to get around is the Underground or Tube, which has many connections throughout the city. There are different tickets depending on the area and the days of validity. Zones 1 and 2 are enough to cover central London.

The daytime buses are a good option to have a view of London. There are also night buses ("N") that cross the city from 11.30pm until 6.00am. You can pick up a free map with all routes of transport from the Tube stations: Victoria, Oxford, Piccadilly Circus, Euston, King's Cross, St. James Park and Heathrow.

Most international flights arrive at Heathrow airport. From there the best way to get to central London is to take the underground (Tube) to any part of the city. The trip takes 45 minutes. From Gatwick airport you can take the National Express Gatwick to Victoria Station.

For several museums in the city you must pay. One of the most convenient options is that you buy passes to visit the fifteen major museums and galleries. One of these is the White Pass Card which lasts from three to seven days and validity begins from the first museum you visit. Why not go and see the British Museum, National Gallery, Tate Gallery, Madame Tussauds and Rock Circus.