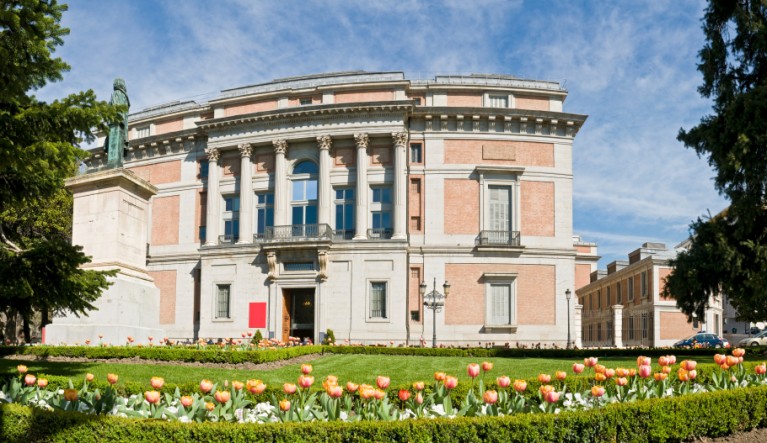 Madrid is the capital as well as the largest city of Spain, and also known as a center for fashion, arts and bohemian culture.

Things to do and see in Madrid

A tour by foot of the city is absolutely necessary to experience the spirit of the streets in Madrid. A good starting point is the Puerta del Sol, which is centrally located on the south side of the town. From there you can explore several streets, including Preciados Street – a pedestrian area with large stores like "El Corte Inglés". You can also visit the famous Plaza Mayor, built in the 17th century.

Prado Museum is one of the largest museums in the world. It is difficult to see everything in one visit. Among the 3,000 paintings on display are works by Velázquez and Goya. There are also works of Murillo, El Greco, Rubens and Titian, among others. It is open from Tuesday to Saturday from 9.00am to 7.00pm and Sundays until 2.00pm.

The Royal Palace is only used for some official functions. You can visit from Mondays to Saturdays from 9.00am to 6.00pm, and Sundays until 3.00pm. Admission includes a guided tour. You should arrive early.

The Trail, south of the Plaza Mayor, is in the old part of town. Every Sunday morning you can attend El Rastro, a market with stalls selling everything you can imagine, mostly second hand.

El Escorial is considered by some to be the eighth wonder of the world. These two architectural complexes are of great historical and cultural significance. It was built in the sixteenth century by Philip II to commemorate the victory over the French at the Battle of San Quentin. It also serves as a mausoleum for his father, Charles V. You can visit the monastery, two palaces, a church, two cemeteries, an extensive library and many works of art from April to September 10.00am to 7.00pm, and from October to March until 6.00pm. Closed on Mondays. Trains depart from Madrid Atocha station. The trip takes one hour. From the train station there are bus connections for climbing up the complex.

Toledo is the old part of town declared a National Historic Landmark and has been preserved from the Middle Ages. It was built on a hill surrounded by the Tagus River and the streets leading up are narrow and labyrinthine like. The main monuments to visit are: The Church of Santo Tome, La Casa Museo de El Greco, Toledo Cathedral, the Synagogue of the Transit and El Alcázar. Trains depart from Madrid eight times daily from Atocha station. The trip takes an hour and a half. From the train station there are buses that take you to the center of the city.

Eating out and Nightlife in Madrid

The best thing to try when you come to Spain is traditional tapas – small plates of breads, meats, vegetables, potatoes and seafood. Specialties originating from the Spanish capital mostly include thick soups and stews. Classics also include roast suckling pig and lamb. The nightlife in Madrid continues into the early hours of the morning. Lots of pubs are located around the Plaza Dos de Mayo in the area known as Malasaña.

Getting around in Madrid

Madrid has two stations for long-distance trains: Atocha and Chamartin. The metro network makes it very easy to get around the city and is the most practical means of transport to cross the city. The service operates from 6.00am to 1.30pm in the morning. It’s possible to take trains to Lisbon, Granada and Barcelona. In summer time it’s necessary to make train reservations. Buses will transfer you to or from Barajas International Airport, which runs every ten minutes from the underground platforms of the Plaza Colón, in the heart of the city. The trip to the city center takes 30 minutes.