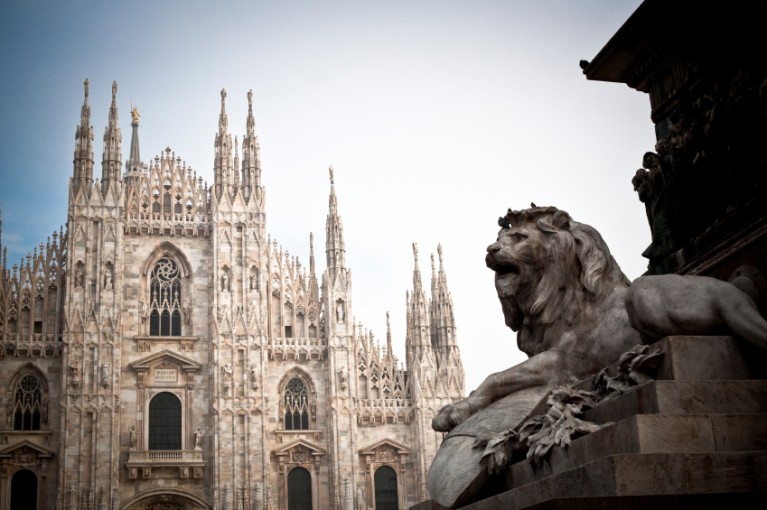 Milan is recognized as a world fashion and design capital, and so has major global influence in this area. The Lombard metropolis is especially famous for its fashion houses and shops (such as along Via Monte Napoleone) and the Galleria Vittorio Emanuele in the Piazza Duomo (reputed to be the world's oldest shopping mall). The city has a rich cultural heritage and legacy, a vibrant nightlife. Milan is home to numerous famous dishes, such as the Panettone Christmas cake and the risotto alla Milanese.

We recommend you to stay in the Piero Rotta hostel in Milan. It’s located near to Fieramilano city which is only 10 minutes by subway from Rho-Fiera and within easy reach for those travelling by train or airplane. As well as everything you would expect from a hostel this one also has a peaceful garden to relax in.

Things to do and see in Milan

Milan Cathedral is dedicated to Santa Maria Nascente and the seat of the Archbishop of Milan. This Gothic cathedral took five centuries to complete and is the fourth-largest church in the world.

La Scala is a world renowned venue for theater, opera and ballet which over the years has premiered many famous productions. The interior has been beautifully refurbished and the theatre is also home to an academy, which offers professional training in music, dance, stage craft and stage management.

Santa Maria delle Grazie Church is a church and Dominican convent, which is included in the UNESCO World Heritage sites list. The church is also famous for the mural of the Last Supper by Leonardo da Vinci, which is in the refectory of the convent.

San Siro Stadium is a football stadium home to both A.C. Milan and F.C. Internazionale Milano. It was named in honour of Giuseppe Meazza, the two-time World Cup winner. Other than football matches, the San Siro has been host to many music concerts.

Eating out and Nightlife in Milan

Milan is a renowned city in Europe for its jazz and rock nightlife starting at 11.00pm until 4.00am. The most popular nightlife areas include the Brera district, where several modern nightclubs and bars can be found; the area around the Navigli, once the city's old industrial canals; and the famous Leoncavallo, just near to the Porta Ticinese. Centri sociali (social centers) are very popular as they are relatively inexpensive and host a variety entertainment activities and cinematic venues.

Getting around in Milan

The city is served by two international airports. The Malpensa International Airport, the second biggest airport in Italy, is about 50 km from central Milan. The Linate Airport, which is near the city limits, is mainly used for domestic and short-haul international flights, with over 9 million passengers in 2007

The ‘Fiera di Senigalla’ is a weekly traditional fair held on Saturdays, selling different objects such as bicycles, antiques, books and different objects from around the world to reflect Milan's multi-ethnic society.