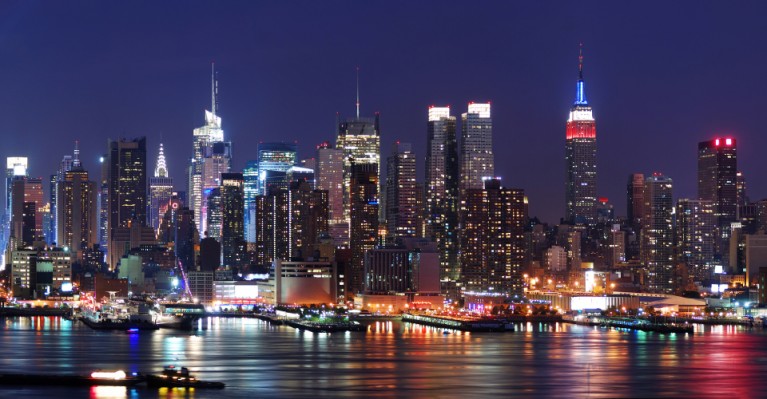 New York, isn't this everyone’s favorite city? Whether it’s admired from near or far, through the magic of TV and movies mainly, NYC has captured hearts and minds all over the world . This city boasts discos, theaters, night clubs, globally renowned districts, world famous hotels and many iconic landmarks such as The Statue of Liberty, The Empire State Building, the Central Park and the Times Square. It is one of the most important cities as a center of trade and finance.

Would you like to stay in the city that doesn’t sleep? We recommend the HI New York City hostel which is situated in a strategic location just two blocks from Central Park, a few steps from the subway and some minutes from the main attractions of the city. The hostel has 667 beds and all the services you’d expect including private rooms, guest kitchen, internet, common rooms, games and TV, air conditioning, bar, food service, laundry, luggage room and garden. Linen and taxes are included in the price.

Things to do and see in New York

The Statue of Liberty was a gift from France to the United States to mark the centennial of the American Declaration of Independence. The museum in the ten-story pedestal is open for visitors, but is only accessible with a "Monument Access Pass", which must be reserved in advance of their visit and picked up before boarding the ferry.

The Empire State Building is a 102-story landmark Art Deco skyscraper at the intersection of Fifth Avenue and West 34th Street. It has one of the most popular outdoor observatories in the world, having been visited by over 110 million people. The 86th-floor observation deck offers impressive 360-degree view of the city.

Central Park is a public green space in the heart of Manhattan. It contains several lakes and ponds, walking tracks, two ice-skating rinks (one of which is a swimming pool in July and August), the Central Park Zoo, the Central Park Conservatory Garden, a wildlife sanctuary, a large area of natural woods and an outdoor amphitheater which hosts summer festivals.

Times Square is a major commercial intersection at the junction of Broadway and Seventh Avenue and stretching from West 42nd to West 47th Streets. It is another of New York’s iconic images and the site of the annual ball drop on New Year’s Eve. The area is buzzing with bars, restaurants and shops and full of illuminated advertising boards.

Eating out in New York

Like in many cities there are numerous choices of multi-ethnic food in addition to typical grills and diners. The options are endless. It's best to avoid tourist areas like Little Italy and Times Square if you want to enjoy the best value. Some hip areas to find great New York restaurants at budget-friendly prices are Chinatown, the East Village, and the Lower East Side.

Getting around in New York

The main way to navigate in the city is by the subway. Taxis and buses are over ground options. The city is served by two airports, Newark and JFK. The AirTrain JFK connects passengers directly from the city to the latter airport.

Avoid the queues for trips to Liberty Island, unless you really want to view ‘The Lady’ from up close. An alternative, from which you can admire the stunning Manhattan skyline is to step aboard the Staten Island ferry. The five mile journey takes about 25 minutes each way and is now free of charge.