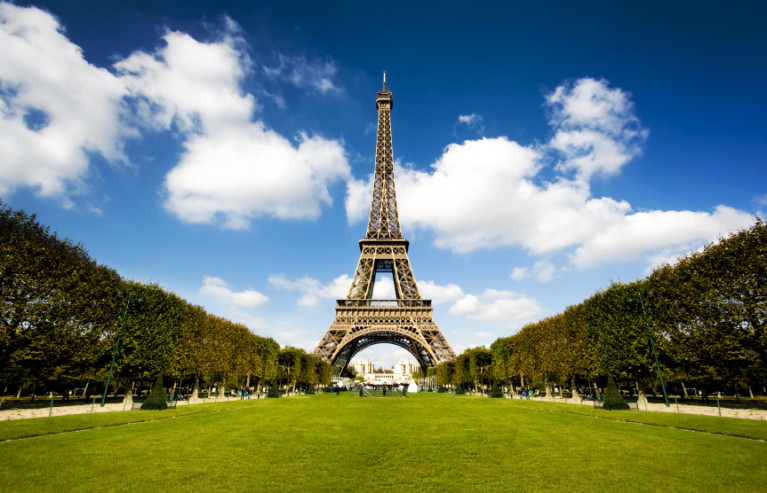 While your stay in Paris, we recommend you Le d'Artagnan hostel located 15 minutes from central Paris, close to the Eurolines bus terminal. The youth hostel has private and shared rooms, free cinema, games room, internet, bar, cafeteria and laundry. Bedsheets and breakfast are included in the price.

Things to do and see in Paris

On the Ile de la Cité in the heart of the Latin Quarter is located the Paris Cathedral, Notre Dame. Built in a Gothic style it was completed in 1345. Open daily from 8.00am to 6.45pm.

The Quartier Latin features one of the most important streets in Paris, the Boulevard Saint Germain, where you will find endless coffee shops and bookstores. This area is very popular for young students.

The Champs-Elysées is one of the world’s most famous and prestigious avenues with many residences, shops, bars and restaurants interspersed with the clipped horse chestnut trees. The Champs Elysées is 2km long and ends at the Place Charles de Gaulle where the Arc de Triomphe is situated.

The Arc de Triomphe was ordered to be built by Napoleon; the base is the tomb of the unknown soldier. From the top observation deck you can see the twelve avenues that meet at this point.

The Eiffel Tower has become the global icon of France and one of the most recognizable structures in the world. As the tallest building in Paris, it is the most-visited paid monument in the world. The tower stands 324 meters (1,063 ft) tall and has accessible three levels. Tickets can be purchased to ascend, by stairs or elevator, to the first and second level. The walk to the first level is over 300 steps, as is the walk from the first to the second level. The third and highest level is accessible only by elevator. Both, the first and second level, feature restaurants.

The Louvre Museum is almost impossible to get around in one time, so you must choose the rooms you want to visit before you enter. The best-known works are the Venus de Milo, Winged Victory and the masterpiece of Leonardo Da Vinci, Mona Lisa. The main entrance of the museum is a glass pyramid. It is open from Thursday to Sunday from 9.00am to 6.00pm, Mondays and Wednesdays until 9.45pm, closed on Tuesdays. After 3.00pm entry is cheaper and the first Sunday of each month is free.

Versailles is situated on the outskirts of the city. This grand palace bears witness to what was the monarchy in France. The Royal Family, together with the nobles, lived there surrounded by extravagant luxuries. When you walk through the different rooms of the palace, stop to admire the view of the gardens which can be seen from the Hall of Mirrors. If you plan to spend the whole day at the castle, prepare packed lunch and have a picnic by the lake or in the extensive gardens at the back of the building. The castle is open from May to September from 9.00am to 6.30pm, from October to April to 5.30pm.

There are a couple of theme parks on the outskirts of the city if you had time to visit them. Parc Asterix is themed on the famous cartoon and located 30 km from the center of Paris. It has shows, dancing, theater, rollercoasters and water features. Euro Disneyland is located 30 km from the city and features all the most famous cartoon characters in the world. The park has rollercoasters, hotels, bars, restaurants and a golf course.

Eating out and Nightlife in Paris

In general, prices in restaurants are relatively high. A better idea is to cook in the hostel’s kitchen. The cheapest option for a good lunch is a traditional baguette stuffed with meats, cheeses, vegetables and different dressings. Another inexpensive and traditional alternative are the extra thin French pancakes called ‘crepes’ which can be sweet or savory.

The nightlife is active throughout the city. During the warmer months it’s common to see a lot more people up late walking through the downtown neighborhood. Paris is not dangerous, but you must have the same care as in any other big city. If you have planned to return later to your accommodation, you should ask about the transport system – the metro runs only until 12.30pm.

From the 40s, Paris was one of the world centers for jazz. Often in the summer months free outdoor concerts are performed. Cabarets are also a big part of the Parisian history. The best known are Moulin Rouge, Le Lido and Les Folies-Bergère.

Getting around in Paris

Paris has six railway terminals. All are interconnected with various parts of the city through the underground network. This is the fastest and most convenient way to travel long distances in the city. The service operates from 5.30pm until 12.30pm and you can buy passes that can decrease your spending on public transport considerably.

Despite Paris being a big city, you are advised to walk as much as possible to experience the true charm of this city.

Most transatlantic flights arrive at Aéroport Roissy-Charles de Gaulle, 23 km from Paris. From there you can take a bus to the Roissy train station. The RER line B3 is accessible to central Paris in 45 min. The same ticket is valid for the combination with the metro. From Orly Airport you have to take the bus to the train station Orly. C2 RER takes you in 30 min to the city.

Paris is connected to all cities of the continent. In two hours by train you can get to central London or Brussels.