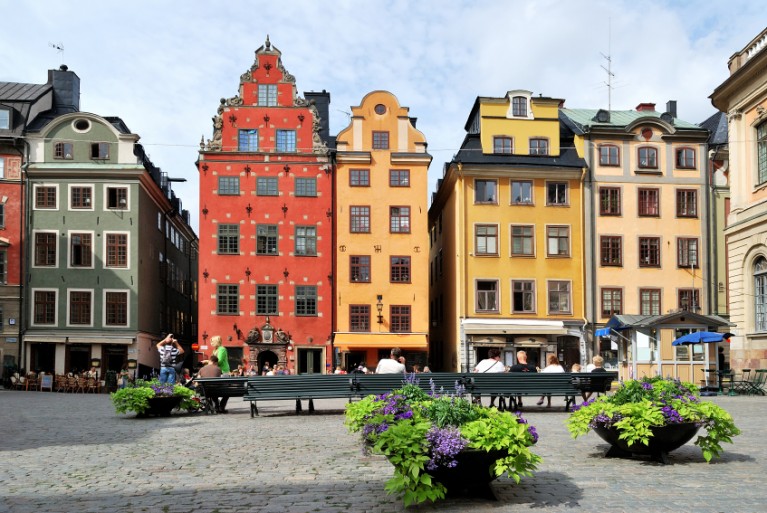 Stockholm is the capital and the largest city of Sweden. It is known for its cleanliness and there are many buildings and parks of great beauty to visit. Due to its location on 14 islands on the south-central east coast of Sweden and at the mouth of Lake Malaren, Stockholm is sometimes referred to as ‘The Venice of the North’.

Your stay in Stockholm can definitely be a unique one. The types of accommodation on offer include a ship and a jumbo jet! To be close to the city center we recommend you to stay in the Fridhemsplan hostel, the largest and most modern youth hostel in Stockholm. Situated on the island of Kungsholmen, this hostel’s facilities include a secure car park, free cable TV in rooms, internet access and a 24 hour reception. A breakfast buffet is available to guests and bedsheets can be hired.

Things to do and see in Stockholm

The Nationalmuseum is home for about half a million drawings from the Middle Ages up to 1900. There is a collection of porcelain items, sculptures and modern art, as well as an art library which is open to the public.

Gröna Lund is an amusement park located on the island of Djurgården. The park has over 30 attractions, many restaurants and also serves as a concert venue. It is open from end of April to middle of September.

The Royal Palace Drottningholm is the private residence of the Swedish royal family built in the late 16th century. It is located on the island Lovön and is a popular tourist attraction. You can visit daily from May to September, on weekends only from October to April, and the palace usually closes on some dates during December and January.

Skogskyrkogården is a woodland cemetery located in the Enskededalen district south of central Stockholm and has been named a UNESCO World Heritage Site. At the Tallum Pavilion, visitors can see an exhibition and read the story of its origins and the two architects whose vision created it.

Eating out and Nightlife in Stockholm

Due to immigration, the city has plenty of restaurants with all kinds of food from all over the world such as American fast food, Asian, Italian, Turkish, European, Middle Eastern and of course Scandinavian cuisine. Particularly in Södermalm, but also in Vasastan and Kungsholmen, you’ll find the nightlife is trendier, more youthful and bohemian. Bigger venues can be found in the precinct around Kungsträdgården, Berzelii Park, Stureplan and the city center – these will stay open until 5.00am.

Getting around in Stockholm

Public transport consists of the Stockholm Metro (Tunnelbana) and two urban rail systems, Roslagsbanan and Saltsjöbanan. There is also a suburban rail system: the Stockholm commuter rail (pendeltåg) and three light rail systems: Nockebybanan, Lidingöbanan, and Tvärbanan. Buses also run in the city and an inner city boat line, the Djurgårdsfärjan.
There is a common ticket system, which allows for easy travel between different modes of transport. The tickets are of two main types, single ticket and travel cards, both allowing for unlimited travel.

Remember you are in Scandinavia; Stockholm is an expensive city to eat and drink out in. If you have a budget to stick to, remember the five hostels in the city all have self-catering facilities and communal areas in which to hang out in.