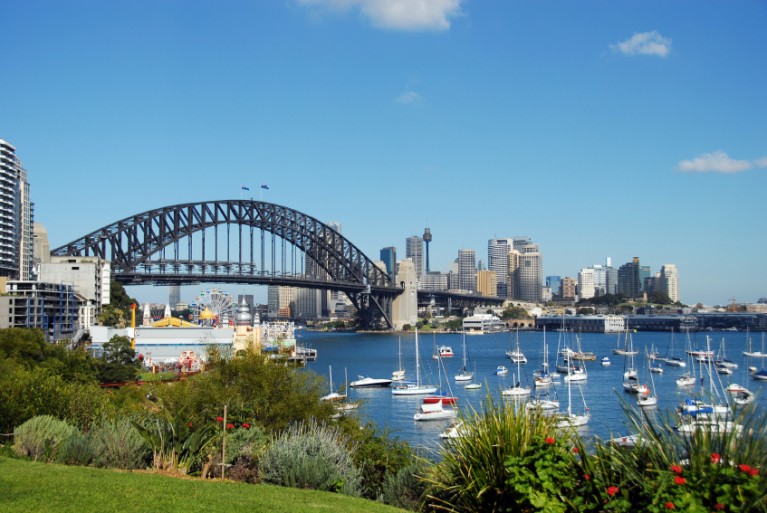 The city of Sydney is on Australia’s southeast coast and along the Bay of Jackson. There stands the iconic landmarks like the Sydney Opera House, the Harbour Bridge and the beaches filled with surfers and young people. It is the largest and most populous city in Australia and the state capital of New South Wales.

Hostelling International offers a number of hostels in Sydney. If you prefer to be at the center of town we recommend you to stay at the Sydney Central YHA hostel, a listed heritage building with a bar, rooftop heated swimming pool and barbecue.

Another option for accommodation is the Sydney Harbour YHA hostel located in the historic Rocks area, overlooking the stunning harbor.

Things to do and see in Sydney

The Australian Museum is the oldest museum in Australia, with an international reputation in the fields of natural history and anthropology. It features collections of vertebrate and invertebrate zoology, as well as mineralogy, palaeontology, and anthropology. Apart from exhibitions, the museum is also involved in indigenous studies research and community programs. It is located in College Street.

Bondi Beach is about one kilometer long and receives many visitors throughout the year. The south end is generally reserved for surfboard riding. Yellow and red flags define safe swimming areas, and visitors are advised to swim within those. There is an underwater shark net shared, during the summer months, with other beaches along the southern part of the coast. Pods of whales and dolphins have been sighted in the bay during the months of migration. Fairy penguins, while uncommon, are sometimes also seen swimming close to shore. Bondi Beach was added to the Australian National Heritage List in 2008.

Eating out in Sydney

With the exception of higher end restaurants you will find many places that adopt a Bring Your Own (alcohol) culture. Rules and charges for corkage vary. BYO may be just limited to wine only. Corkage maybe charged per bottle, other times it is charged per person.
Chinatown is also a great place to eat out, offering wonderful food and dining, spreading outwards from Dixon Street.

Getting around in Sydney

The Metro Monorail runs in a loop around the main shopping district and Darling Harbour. Most parts of the metropolitan area are served by buses. Sydney Airport, in the suburb of Mascot, is Sydney's main airport, and is one of the oldest continually operated airports in the world

Visit the Open Air Cinema in the Royal Botanic Gardens. It’s only open during the summer.